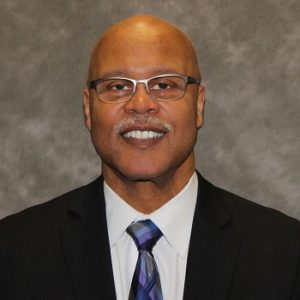 Dale K. Nesbary, Ph.D. was appointed in 2009 as the 10th President of Muskegon Community College. Since his appointment, a $24 million bond authorization was approved by Muskegon County voters, while the college has secured more than $20 million in grants and private gifts to support the most ambitious upgrade of its facilities since the construction of the main campus in 1967.

Prior to MCC, Dr. Nesbary served as Vice President and Dean for Academic Affairs at Adrian College and as Associate Professor and Director of the Master of Public Administration Program at Oakland University. Additionally, he served as Research Director and Technical Services Director with the Boston Police Department, as well as leadership positions with City of Boston central administration. He also held positions with the National Conference of State Legislatures in Denver, Colorado and the Michigan Senate Fiscal Agency.

Dr. Nesbary has published three books and over 30 academic papers primarily in the areas of finance, technology and policing and has keynoted state and national conferences on a variety of topics.  He completed his Ph.D. in Law, Policy and Society at Northeastern University in Boston, a Master of Public Administration degree from Western Michigan University and a Bachelor of Arts degree from Michigan State University.  He is Chair of the 28 member Michigan Community College Association President’s Committee, Vice Chair of the Trinity Health System Michigan Regional Board, and sits on numerous national, state, and local boards.

He resides in Muskegon, Michigan with his beautiful wife of 43 years, Connie. He is the proud father of two adult children, Nicole and Matthew. His interests include baking bread, making jams, and trombone playing.

Click here for a high resolution image of Dr. Nesbary.